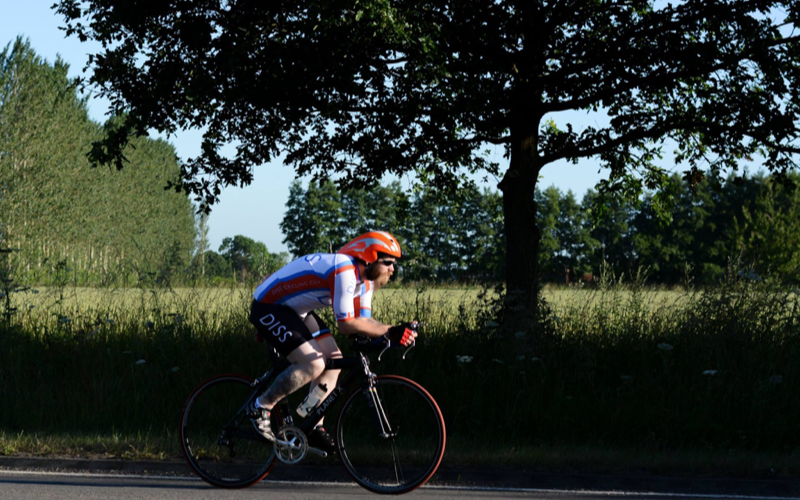 See some of the World’s Top Riders in delightful Old Buckenham then see how good you are! Have a go at racing yourself! Round the Village Green on closed roads.

Where applicable preference will be given to Local & Non BC members Maximum of 50 riders permitted in each race. Special Prizes for Non BC members.

Enter by 5th Sept via: – https://www.britishcycling.org.uk/events

Minutes of committee meeting can be viewed here >>>

Register on the day – £2 for Diss CC club members, £3 for non-members.

We celebrated our 75th anniversary with a set of special events on 25th May 2014. Founded in 1939 by local cycling enthusiasts, Diss Cycling Club organised two cycle rides, one 75 miles long and the other 75 kilometres long, to celebrate the milestone.
Both cycle rides met up at Breckland Lodge outside Attleborough which was the destination for the first ever club ride back in 1939. Louise Wain, assistant manager at Breckland Lodge, said “It was great to see so many of the club members here today and we were delighted to provide a specially decorated cake to mark the occasion.”

Some of the first club members in 1939 including Eric Madgett, second from the left, whose son Mick Madgett is still an active club member today and runs Madgetts Cycles in Diss.

Ken Joliffe, chairman of club, speaking at the barbecue after the rides returned to Diss said “Through the years, Diss Cycling Club has had many successes and it is tremendous to have so many people come along today to help us celebrate. We have friends here who have been cycling for over 50 years, cycling alongside some of our younger riders like Richard Dunnett, Phil Coy and Tom Fitzpatrick who compete at a national and international level. More than anything though, Diss Cycling Club is about helping everyone enjoy the sport and we’ve seen today how lucky we are to be able to ride in the beautiful Norfolk and Suffolk countryside around Diss.”
Ex club member Lenny Green, 83, recalled how he joined the club in 1947 and competed in Time Trials and other club events. He particularly recalled cycling back from a club event in the early 50s without a rear light and being caught by a policeman. “I was fined 15s and sent home with a flea in my ear.” said Lenny “I was only an apprentice so that was nearly a week’s wages for me the time.” 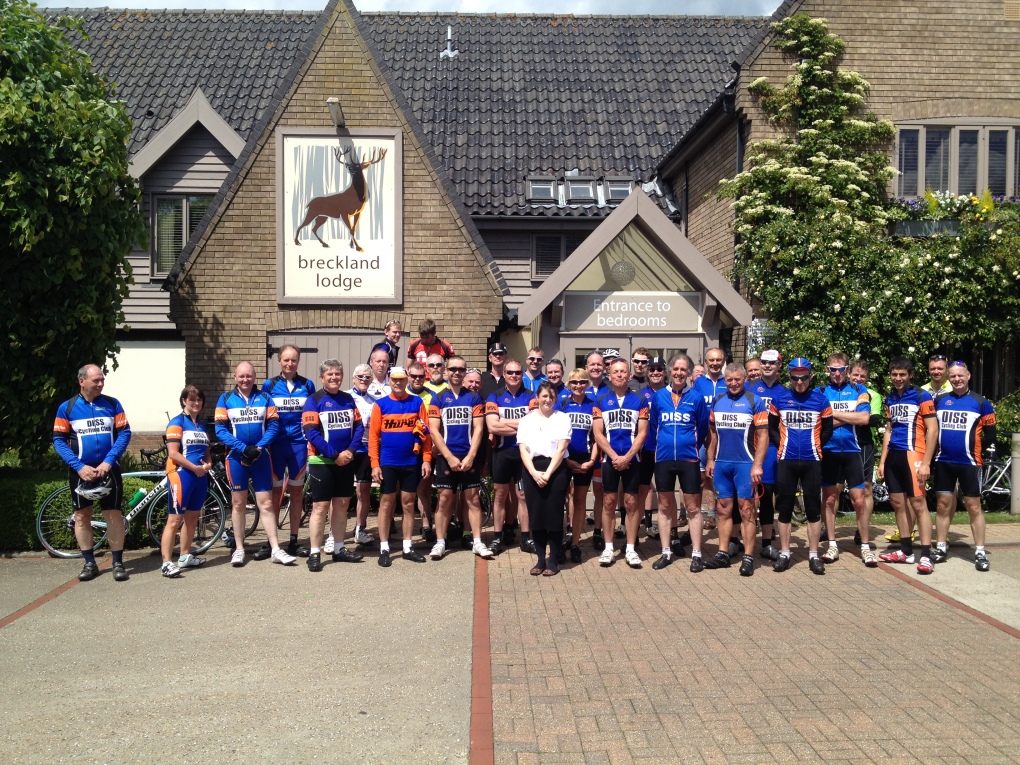 Club members at Breckland Lodge, the destination of the first ever club run in 1939.

These days the club organises several social club runs each week and also participates in road racing, cyclocross and mountain bike racing locally and across the country. It has a rapidly growing membership and anyone who wants to find out more can find their website at http://www.disscc.com.

We’ll be celebrating our 75th Anniversary on Sunday 25th May with a club ride and a barbecue afterwards at Roydon Village Hall.

There will then be a barbecue at Roydon Village Hall at 1:30pm.

Everybody welcome plus partners. It would be great to get along as many people associated with the club through our 75 years as possible so please spread the word!

Only £3 entry. Route sheets will be available on the day
Come and join us on a choice of routes around the picturesque lanes of Norfolk and Suffolk.

Café open all day.
No need to book, just turn up on the day and ride!